According to Ameco Research, the global market for veterinary dermatological medications was valued at US$ 7.8 billion in 2020 and is expected to grow at a CAGR of more than 9% over the forecast period.

As reported by the American Pet Products Association’s (APPA) yearly state of the industry report, pet expenses in the United States hit $103.6 billion in 2020, up 6.7% from the preceding year. Veterinary care accounted for $31.4 billion of the total, up 7.2% from the preceding year. Increasing adoption of pets each year is the major factor helping in the expansion of the veterinary dermatology drugs market. For instance, in 2020, approximately 920,000 cats and dogs were euthanized in animal shelters. Between 2016 and 2021, the number of no-kill animal shelters more than doubled. Because of no fault of their own, the majority of pets are surrendered for adoption. In the year 2020, about 55,000 pets were fostered. Every year, around 3.1 million dogs enter animal shelters. Puppies have the highest possibility of being adopted.

As reported by the Insurance Information Institute, Inc. research, 67 percent of US homes, or nearly 85 million families, own a pet, according to the 2019-2020 National Pet Owners Survey performed by the American Pet Products Association (APPA). The Pet Insurance Working Group was formed by the National Association of Insurance Commissioners (NAIC) in 2020 to draft a model statute that would create a stronger regulatory framework for pet insurance across the US. Because of an increase in the prevalence of chronic skin disorders such as biting, chewing, and rubbing, the market is rising. Furthermore, the high frequency of lumpy skin disease (LSD) in buffalo and cattle in European countries is a major driver of market growth. Since 2012, LSD has been spreading from the Middle East and Africa into south-eastern Europe, posing a threat to EU member states. Many immune-mediated cutaneous and autoimmune illnesses in companion animals are driving market growth, such as atopic dermatitis in dogs and cats. An increase in the number of anthrax cases in cattle, deer, cattle, goats, and sheep is also driving market growth.

The growing number of pet insurances throughout the world is likely to boost the demand for the global veterinary dermatology drugs industry. Pet insurance began about a century ago in Sweden, where nearly half of the country’s pets are currently covered. In 1982, Veterinary Pet Insurance Co., a nationwide subsidiary, sold its first pet insurance policy in North America to insure the dog who played Lassie on television. As reported by the North American Pet Health Insurance Association (NAPHIA), gross on paper premiums for pet health insurance in the United States reached $1.99 billion in 2020, up 27.5 percent from $1.56 billion in 2019. From 2016 to 2020, the market grew at an annual rate of around 24.2 percent on average. By the end of 2020, the total number of pets insured had risen to 3.1 million. According to the American Pet Products Association (APPA), pet expenditures in the United States were $95.7 billion in 2019, with pet food and treats is the most expensive item. In addition, according to APPA, the total U.S. pet sector expenditures in 2020 will be around $99 billion.

The global veterinary dermatology drugs market is segmented by animal type, route of administration, indication, distribution channel, and geography. The market divides animals into two categories: livestock and companion animals. The companion animal segment achieved the largest market share in 2020. Because small animals, such as dogs and cats, have a higher prevalence of dermatological problems than other animals, the small animal segment dominates the market and is likely to rise during the forecast period. Topical, oral, and others are the segmentation of route of administration. Oral therapy is a promising strategy for expediting wound healing in animals with skin ulcers, surgical wounds, significant burns, and battlefield injuries, thus it is predicted to lead the market by route of administration. Allergies, parasite infections, and other conditions are examples of indicators. Parasitic illnesses were the most common, as parasites are responsible for some of the most dangerous and well-known zoonotic infectious diseases spread from companion animals to humans around the world. E-commerce, retail, and hospital pharmacies are all included in the distribution channel section.

Regional segmentation is divided into North America, Europe, Asia-Pacific, The Middle East & Africa, and Latin America. In 2020, North America accounted for the majority of the share and is likely to continue its trend throughout the projected period. The European region acquired the second-largest market share in 2020 due to the increasing awareness about skin disease and the presence of different dermatological associations in Europe. Furthermore, the Asia-Pacific region is expected to grow at the fastest rate throughout the predicted years. 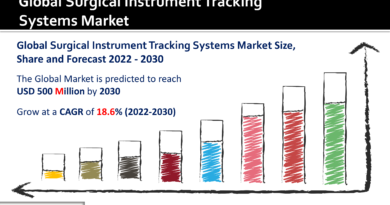 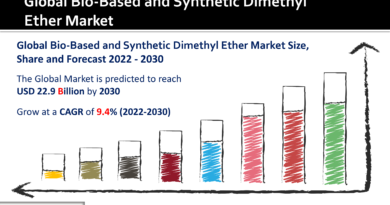