According to Ameco Research, the global buttock augmentation market size is predicted to reach a market value of around USD 1,749 million by 2030, rising at a CAGR of more than 7.5% during the projected timeframe.

Factors driving the buttock augmentation market include an increase in aesthetic consciousness among many of the audience about their external appearance, an increase in discretionary affluence, tremendous social media impact, and technological improvement in the realm of aesthetic appeal. Furthermore, fat grafting surgeries have a high probability of success, as well as high satisfaction and plenty of concerns, all of which are expected to drive market growth even further.

Buttock augmentation, also known as gluteoplasty, gluteal implant, or Buttock/Butt Lift, is a plastic surgery reconstructive procedure that changes the shape of the buttocks. Liposuction and implants may also be used in buttock augmentation surgery. It is a surgical procedure that enhances the thickness, contour, and shape of the buttocks. Fat grafting, often known as silicone implants, Brazilian Butt Lift or BBL, or a combination of the two, can be used to enlarge the buttocks. Due to growing demand for BBLs, the number of non-board-certified doctors and surgeons performing this procedure has increased dramatically. Gluteal augmentation procedures, including BBLs, are exceedingly difficult and must be performed with great care.

The rise in the prevalence of buttock irregularities due to the world’s aging population, the rise in social media impact among teenagers, and the accessibility of improved therapies are the key drivers driving the buttock augmentation sector. The growing public awareness of their external attractiveness, particularly among women who employ buttock enlargement to improve their outer attractiveness, drives the market growth. Among the market considerations for sexual reassignment surgery are liposculpture and liposculpture enhancement of the buttocks, which can be utilized on transsexual or transgender women to beautify the gluteal area. Furthermore, rising disposable income and technological revolutions such as non-invasive techniques assist the buttocks augmentation business. Also, the significant use of social networking sites among millennial consumers, as well as the impact on them to obtain cosmetic changes to look a certain way, generates profitable possibilities for market participants in the near future.

The COVID-19 pandemic is expected to have a significant impact on the environment industry in the coming periods. Growth of the market will be restrained during the first half of the predicted period as cosmetic treatments are postponed around the world because of a scarcity of beds and worries about patient safety.

North America, Europe, Asia-Pacific, Latin America, and the Middle East & Africa are the regional classification of the global buttock augmentation market. The North America region is expected to dominate the buttock augmentation industry and generate the most market revenue in 2021 due to technological developments and an increase in the number of people choosing surgeries engaged in the sector. The region has improved its aesthetic awareness, and the number of people seeking cosmetic treatments has increased. According to estimates from the International Association of Aesthetic Cosmetic Surgery, the region has the highest number of cosmetic experts in the United States, and it has one of the highest potential quantities for buttock augmentation treatments. Furthermore, Asia-Pacific is predicted to be the market’s fastest-growing region during the projected timeframe. Due to the public’s expanding economy and increased awareness, the number of buttock augmentation procedures in India and China is increasing year after year. 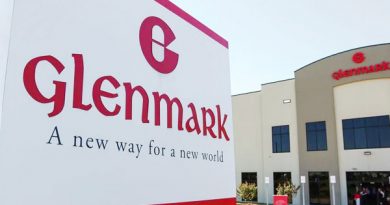